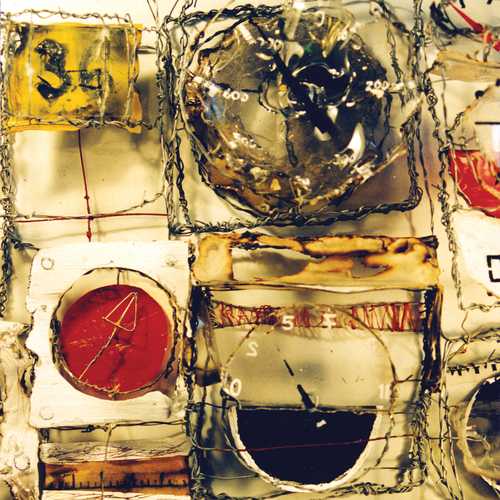 After the single ‘ Skydive’ went viral in June 2014, the debut Astronauts album ‘ Hollow Ponds’ was met with critical acclaim. This led to live performances far and wide, with Dan visiting Italy, Belgium, Luxembourg, Germany, France, and Switzerland in 2015 alone, as well as – equally thrillingly – having a song used on the BBC’ s darts coverage in his native country.

Radio support also came from all over, with Radio 2 (Huey Morgan) and 6 Music (Lauren Laverne, Cerys Matthews, Radcliffe & Maconie, Steve Lamacq, Tom Ravenscroft, Gideon Coe) in the UK, to US stations such as KCRU in Los Angeles, all queuing up to broadcast Dan’ s efforts to the public.

This slow-burning build of approval also saw the album hit the million-play mark on Spotify towards the end of last year, a great return for something initially conceived by Dan as a lone bedroom recording project to prevent him getting bored while stuck indoors recuperating from a badly fractured leg.

In between all of this, Dan has found the time to write and record his second full-length, ‘End Codes’. It channels the melancholic intensity and rich arrangements first encountered on ‘ Hollow Ponds’ into eleven beautiful new songs, while also managing to sound more coherent and focused than its predecessor.

Lyrically, it’ s Dan’ s trademark intriguing blend of resignation and defiance, all delivered with a world-weary estuary twang which combines the colloquial fragility of Robert Wyatt with the eerie double-tracked smoothness of Elliott Smith. Cuts such as opener ‘ Recondition’ , ‘ Split Screen’ , and ‘ Breakout’ are propelled along by a familiar sprawling, motoric intensity, simultaneously fraught and uplifting, and just repetitive enough to lodge themselves firmly in your consciousness without becoming labored or tedious.

Elsewhere, however, there’ s variation and versatility in abundance. The woozy, pastoral otherness of ‘When It’s Gone’– inspired by the cautionary paean to faded youth which adorns the grave of the Black Prince at Canterbury Cathedral – cements Dan’ s status as the nearest thing Essex has got to Jonathan Wilson, while ‘Dead Snare’ mines an ominous trench of paranoia and dreamlike malevolence, dark acoustic guitar lines intertwining with creaking cello and a nagging lyric which sets out a bleak, recriminatory inner monologue.

There’ s also the steady, cyclical lead single ‘Civil Engineer’, possibly the finest folk-pop song yet written about the vagaries of a career in civic planning, and the triumphant Laurel Canyon-via-Romford CSNY-style harmonies of ‘You Can Turn It Off’.

Closer ‘ Skeleton’ , with its defiant drone-gospel coda, triumphant and boisterous over a yawning chasm of electronic sadness, channels the likes of Fugazi, Tortoise, and The War On Drugs, proving that Dan’ s horizons extend significantly further than many of his supposed “indie folk” contemporaries.

Dan hopes that ‘End Codes’ will appeal to his existing small-but-probably-dedicated fan-base, while also attracting new listeners, as it’ s the best thing he’ s ever done. We like ‘End Codes’ very much, and we hope you do too. Dan is, as ever, available for interviews, lovingly curated playlists, and questionable sports science product endorsements.