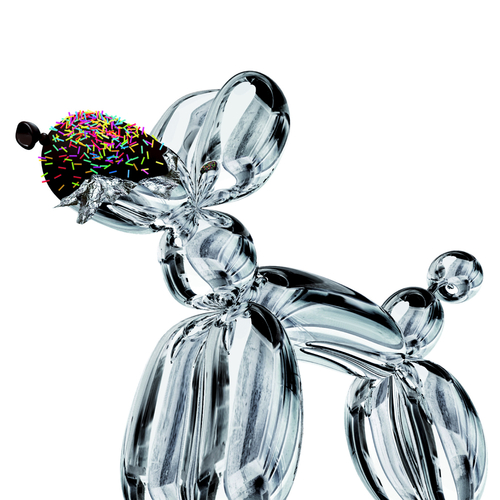 PROPER SONGS ABOUT GIRLS AND CLUBBING
The Chap, the already-legendary, pan- European, London-based, modern pop group, are back with their third album, Mega Breakfast.

The Chap have become known and loved for their inimitable pop - improv - disco – rock – with – strings sound, captured in some crunchy, truly “out there” home production and a furiously rocking live show, complete with dance routines and scary faces.

Mega Breakfast is the sound of the search for a heart of gold in a world gone cold. It deals with sex change, depression and classic economics. The Chap have expanded their repertoire to include some Justin Timberlake style R&B, an ode to World Music, and a corporate motivational song. They are moving into new pop territory, getting with some serious choir singing and funky harmonising.

But, like on their previous two albums, you’ll feel pleasure and terror alike when listening to these songs. Why is there a very camp-sounding fire fighter’s choir straight out of a Fassbinder movie fronting some kind of fierce sci – fi indie rock combo, demanding “Proper songs about girls and clubbing”? Do they mean that? And what’s with the scary low voice saying “Global Beats, Bamboo Shoot” in that awesome glitchy funk track? With a huge dumb-ass guitar riff? I could go on. It’s all infectious, blistering pop music, but all the while something is deliciously wrong here, making for what is sure to be one of the most intriguing releases of 2008.

The Chap have been busy since their last album “Ham” remixing Beck and Bloc Party, as well as gigging intensively around the UK and Europe, playing with the likes of Animal Collective, Mouse on Mars, Erase Errata, ESG and many more.

There will be lots of live performances in 2008, a remix by Joakim, a video by James Price and general mega madness.

More info and pictures of The Chap can be found at www.thechap.org


“The Chap give birth to freakish Dadaist disco babies – you’ll love it!” NME

“Like Underworld if they’d decided to be a lo-fi rock and roll combo instead of a stadium selling dance act...it is stunning.” VICE UK

“Sufficient to gather up much of what is presented to us as contemporary cutting-edge pop and render it deeply mediocre by comparison” Guardian Guide, Track of the Week

“The Chap are the only group that have managed to combine the ruff and dirty energy of disco and rock with a sense of pastel warmth and melodic clarity.” Straight No Chaser

“It’s cool and dry, and it’s all over the place as well. It’s sonically unpredictable and harmonically lopsided, yet almost infuriatingly catchy. It’s fractured and jerky, but smoothly enticing at the same time. It’s cerebral and detached in its methodology but visceral in its impact. Most of all, it’s fantastic fun. Serious fun.” The Wire

“The Chap are both gear and fab!” John Peel RIP